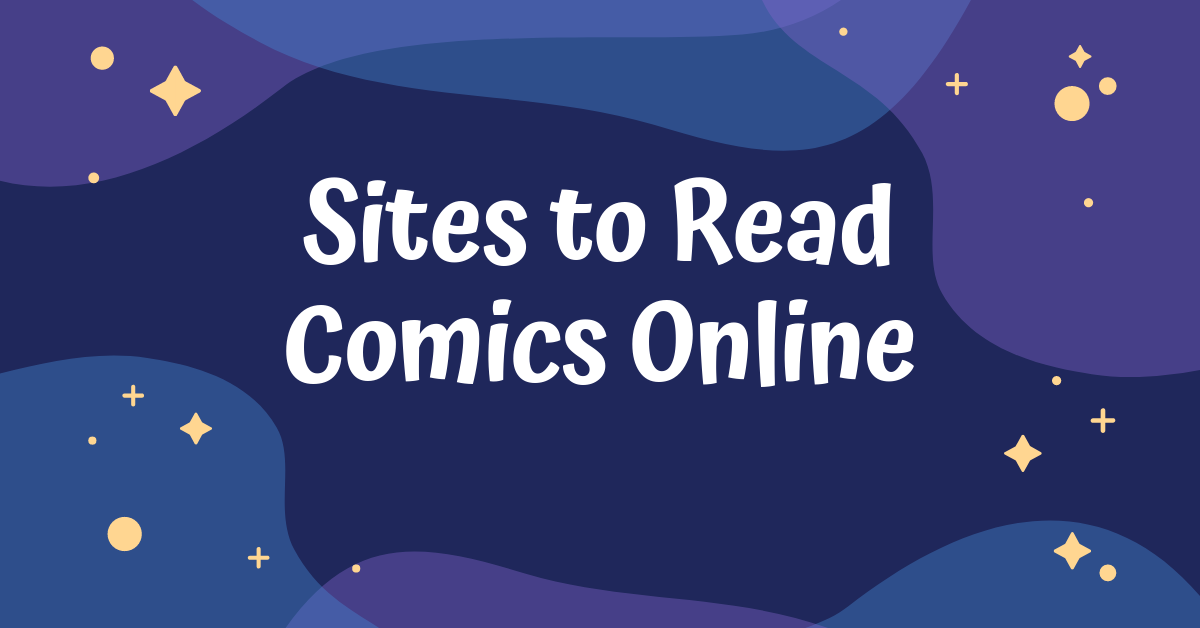 Are you a comic book lover? Do you love to read comic books? If yes, then this article is for you. Today we are going to cover some sites from where you can read comics online for free. (That’s why you’re here.)

Reading comic has been a memorable part of everyone’s childhood. We all have read hundreds of comics when we were a child, it doesn’t matter in which part of the world you live comics are present everywhere. We had a lot of free time in the past but that isn’t the case now. Is it?

After becoming an adult you’re supposed to work and earn, that’s all right but in that, we forget enjoying the things we once loved. It’s impossible now to get comics and read them page by page. Thanks to the digitization that isn’t an issue anymore.

Those days are long gone when you read comics page by page on a paper comic book. Now everything’s available on the internet and you can get access to it from any device be it a PC or a smartphone.

There are many sites where you can read comics online, that too for free and now we’re going to cover some of those sites. Let’s begin…

Marvel Comics & Marvel HQ are both official sites where you can read marvel comics for free. While both the sites are owned by Marvel they’re very different. Marvel sites have a category which consists of the comic section and is the main one, it’s also premium which means you need to pay 9.99$/month to get access to unlimited marvel titles.

On the Marvel site apart from comics, you can also check about the other stuff they produce like movies, tv shows, games, etc. It’s also good if you’re looking for official Marvel news sources.

Marvel HQ, on the other hand, is a bit different as it also has comics but the quantity is very limited. You can only access and read a few comic storylines for free and there’s nothing paid on the site. It also has other sub-sections like games, videos, character list, and info, etc. Overall, it’s good for those trying to get into Marvel Comics.

DriveThruComics is another site for reading comic books however it’s not great for Marvel & DC Comic fans as they aren’t present on the list of publishers on the site. This doesn’t make the site any less good as even without these two giants it has a huge catalog of comic books that you can read.

The publishers present on this site are – Valiant Comics, Top Cow, Aspen Comics, IDW Comics and other competitors of Marvel & DC. DriveThru Comics has been running since 2001, they are almost two decades into the industry. You will need to pay for most of the comics but there are still some free comics on the site which are worth reading.

Get Comics is one of those comic book reading sites which is totally free to use. You can read any comic book on this site without paying anything to anyone. It can be used for both reading the comics in the web browser i.e, online or downloading the comics for reading them whenever you want.

The site has got every comic book you can think of and is not only limited to offering Marvel & DC Comics. It provides comics from more than 16 publishers. So even if you’re not a fan of Marvel or DC Comics you can still use this site. If you love reading comic books online then it’s one of the best choices.

View Comics is another totally free site which you can use to read comics online free without paying anyone. While it’s a free site it is not morally right but if you don’t care about that it’s one of the best sites on this list. View Comics has tens of thousands of comics that you can read. It’s amazing!

The site has a unique design and is very user-friendly. If you can think of any comics and publisher you’re bound to find them here. However, there are little irritating ads on the site, after all, showing ads is the only way these sites make money. This site has everything that a comic book lover will ever need.

ComiXology was started back in 2009 and has been selling the digital versions of comics since then. It’s one of the most popular sites for buying and reading comics online. There are many comics from various publishers on ComiXology such as DC, Marvel, IDW Comics and more.

But it isn’t a free site you will need to pay for any comics you want to read. You can also purchase the unlimited plan for which you will have to pay on a monthly basis. ComiXology was acquired by Amazon in 2014, you can sync your Amazon account with the site for easy management of comics.

A new free comic reading site ComicPunch has seen tremendous growth in a very short time. Over a million people visit the site on a regular basis for reading their favorite comics. This site isn’t only limited to comics it also allows people to read Japanese manga for free. That can be one reason for its growth.

Apart from allowing people to read mangas, the site is very good – it has a good and clean design, there are not many annoying ads, there’s a huge library. It’s the same as View Comics in sense it’s free because it publishes copyrighted works for free which is illegal in most of the countries.

Like Marvel, DC also has comics on its websites. And, it also has two sites – DC Comics i.e, the official site and DC Kids which has everything related to kids. We will cover both of them in brief.

DC Comics is the main and official site, it has everything related to DC like movies, games, tv shows, and comics. Like its competitor in this site, you will get some comics for free but you will have to pay 1-2$ for each comic book. Finding free comics is very hard as there’s little of them. It doesn’t have an unlimited plan.

Note – DC Universe gives unlimited access to DC Comics for 7.99$/month. I wasn’t able to find this service at the time of writing this article. We will cover it fully in the future.

On the other hands, DC Kids is a site focused on Kids and have everything which the young audience loves. While it’s not a big site it’s certainly a good one. Everything on the site is free and you can also do other things on the site like playing games, watching animated shows, etc.

Comic Blitz is a great site to read comics online, it’s a freemium platform which means while you can read some comics for free to get full access you will have to pay. Also, from their catalog Marvel & DC are missing so if you’re a fan of one of the comic giants then this won’t be for you.

Even if the site doesn’t have these two heavy hitters it still has much other publishing companies like IDW, Valiant, Zenoscope, Dynamite, etc. As for their pricing, it costs only 7.99$/month and you can read comics anywhere you want at any time. It’s a platform that you should check out.

Read Comics Online is perhaps the biggest site where people can read comics online for free. The site gets around 20 million pageviews a month. That’s an insane number and tells the popularity of the site. There’s hardly any other comic-reading site which comes close to it. However, again this is an unofficial source for reading comics.

The site has a good design and has one of the biggest libraries of comics on the internet. There’s one major flaw with this site though, there are tons of ads which are very irritating and can’t be blocked. Apart from this, the site is loved by millions of comic book fans around the world.

Digital Comic Museum (as the name suggests) is a site from where you can read and download old classical comics for free. The best part is all of it is legal and they only include comics which are 100% copyright free and in the public domain. You don’t even need to sign up if you want to read comics.

However, if you want to download the comics then you will have to register yourself which isn’t a difficult task. If you’re a person who’s serious about following laws and only doing legal stuff then this is one of the best comic book sites for you. Keep in mind, it won’t have some of your favorite titles though.

As we said, these were some of the very best sites where you can read comics online for free. The list is the best one as we’ve put a lot of research into it. I’m also a comic book fan and read comics online on a regular basis. I use most of these sites.

So, which one of these sites are you going to use first for reading comics online? Have you used any of these sites before? Did we miss any good site? Let us know in the comments below…