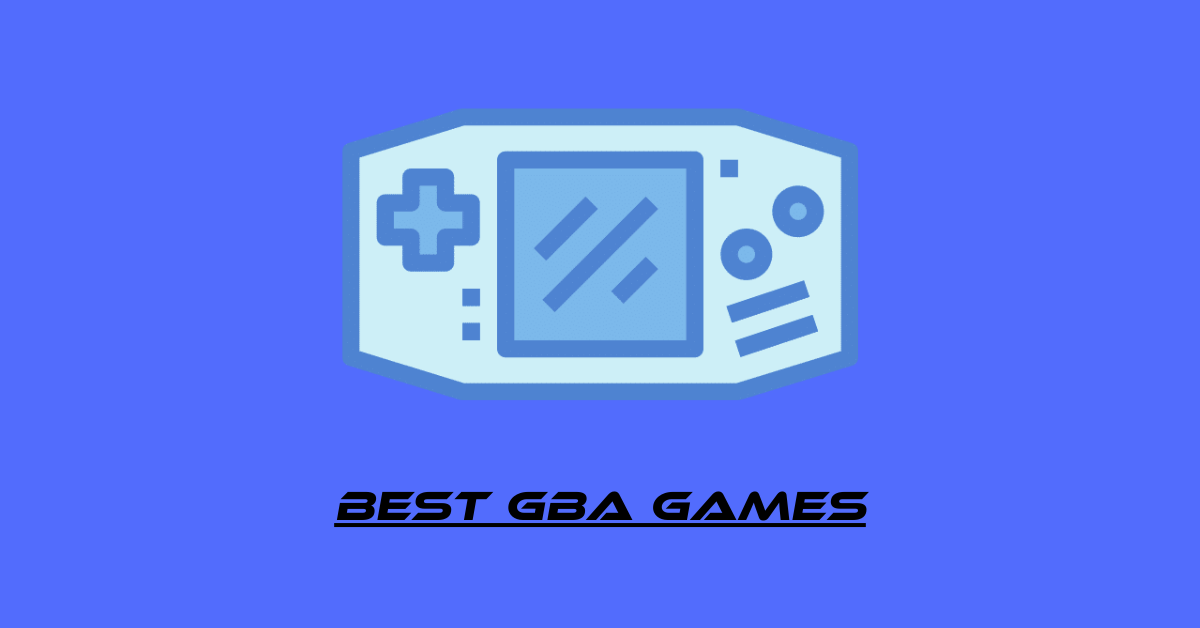 The Game Boy Advance has a special place in our hearts. Before the gaming market was taken by consoles like Playstation & Xbox, it was the best. Game Boy Advance had many great games, some of the GBA games have been said to be all-time greatest.

If you’ve ever had a GBA then remembering those good days will bring a tear to your eyes. (I’m not crying, you’re crying!) Thankfully, with the help of GBA Emulators, you can experience those games again. But that’s another story.

We’re here to talk about the best GBA games ever created. If you want to experience them again or not, it’s up to you. Let’s remember the games of good times…

Legend of Zelda is one of the most popular game series available for GBA. And it can be a great option if you are looking for the best GBA games out there. It offers great fun to play storyline along with a great gameplay experience. As a result, you can have a great time playing this game. One of the best things about this game is that comes with many puzzles.

Doom 2 is one of the oldest and most popular first-person shooter games out there. And as you would expect, it is also available for GBA. You can have a great time while playing this game and fighting monsters. It is one of the best GBA games if you want a great shooting game for your console or emulator. Unlike previous shooter games, Doom 2 is a 3D game that results in a great immersive experience. You can spend hours playing this game on either your GBA console or GBA emulator. It offers a great gameplay experience while playing this classic shooter game.

Sonic Advance is another highly popular platform game title that is available for GBA. It allows you to play around with Sonic as well as other popular characters from the Sonic universe. You get to play around various different levels with Sonic the hedgehog. And the controls of this game are also quite easy to understand. It is one of the simplest and easiest to play options out there if you are looking for the best GBA games. All of the different characters present in this game offer different abilities to the player. As a result, you can have a different experience while playing this game with each character.

Metal Slug Advance is one of the most popular action games available for GBA. And it can be a great pick if you want the best GBA games for your gaming experience. The Metal Slug Advance is the only game from the Metal Slug series that is available for GBA. As a result, it is the only option you have if you want an action game for GBA. It offers a wide range of heroes that you can use to fight a lot of enemies. As you would expect, you also get to choose from various guns offered by this game to its players. You can either walk around on foot or use the multiple vehicles offered by it. But the best thing about this game is that it offers a fast-paced action combat experience to its users.

The Legend of Zelda: A Link to The Past

Website: The Legend of Zelda: A Link to The Past

As per the name of this game, it is like a sequel of the highly popular Zelda series of games. And since this is a Legend of Zelda title, it offers a great gaming experience to GBA users. Due to this, it can be a great pick if you are looking for the best GBA games out there. This part of the Zelda series is quite different from earlier versions. It offers a very unique action-adventure RPG gameplay to its users. You can kill enemies with either your sword or using a bow for slaying enemies.

Metroid Fusion is one of the most popular action gaming titles ever released by Nintendo. You get to play with a powerful character called Samus in this game. And you get to kill hoards of aliens in this game with the various weapons that it offers. As a result, you get to save Earth from the attack of the aliens. You also get to solve various puzzles in this game which makes the overall experience even better. But since this is a platform action game, it is quite easy to play. Even though this is an action game, its controls are quite simple and easy. And all of these things make it one of the best GBA games available out there.

Donkey Kong is one of the most classic and popular game series available for GBA. And the Donkey Kong Country is a great option if you are looking for the best GBA games out there. It is simply a platform game that is quite easy to play. You get to play around with various levels in this game. And all of these levels offer a completely different gameplay experience. As a result, you can have a great time while playing the Donkey Kong Country game in your GBA console or GBA emulator.

Pokemon is a highly popular game series that is available for Nintendo consoles. And the Pokemon Emerald game can be a great option if you want to play around in the Pokemon universe on your GBA console or emulator. As it is a Pokemon game, you can find a lot of characters in this game. You can easily play around with these characters in this game. This is possible due to the simple and straight forward controls of this game. As a result, it is one of the best GBA games out there if you are looking for gaming titles to play with.

GBA offers a wide range of RPG gaming titles that are fun to play with. While you can find various such options out there, Golden Sun is one of the most popular RPG games for GBA. It offers a great storyline that you can enjoy right on your GBA console or GBA emulator. It offers great graphics along with excellent background music. And all of these things can improve your overall gaming experience quite a lot. Due to this, if you are looking for RPG based best GBA games, then you can go with Golden Sun.

Grand Theft Auto or GTA is one of the most popular gaming series ever released. Its current gaming titles are still very popular and played by a lot of people. But the first part of the GTA series is also available for GBA. As a result, you can have the same open-world experience right on your GBA console or GBA emulator. Just like other GTA games, this one also offers a great storyline. And you also get decent controls in this game which allow you to have fun while playing GTA on GBA. Due to these reasons, it is one of the best GBA games mentioned in this article.

Coming to the last and final option in this list of the best GBA games, we have Astro Boy. Astro Boy is a highly popular game character which is known for this fun to play platform game. You get various superpowers with the Astro Boy character in this game. It allows you to fly, use X-Ray vision while being highly powerful. As a result, you can easily beat all of your enemies while playing this action-adventure game on your GBA console or emulator.

These were the best GBA games of all time. We hope you liked our list, we will add more games as time goes. It’s hard to make the best list as we had to cut a few games from it. If you’d like to suggest some best GBA games, put them in the comments section.

So, which is your all-time favorite GBA game? How many hours have you spent playing on a Game Boy Advance? Do you still have it? Let us know in the comments sections…