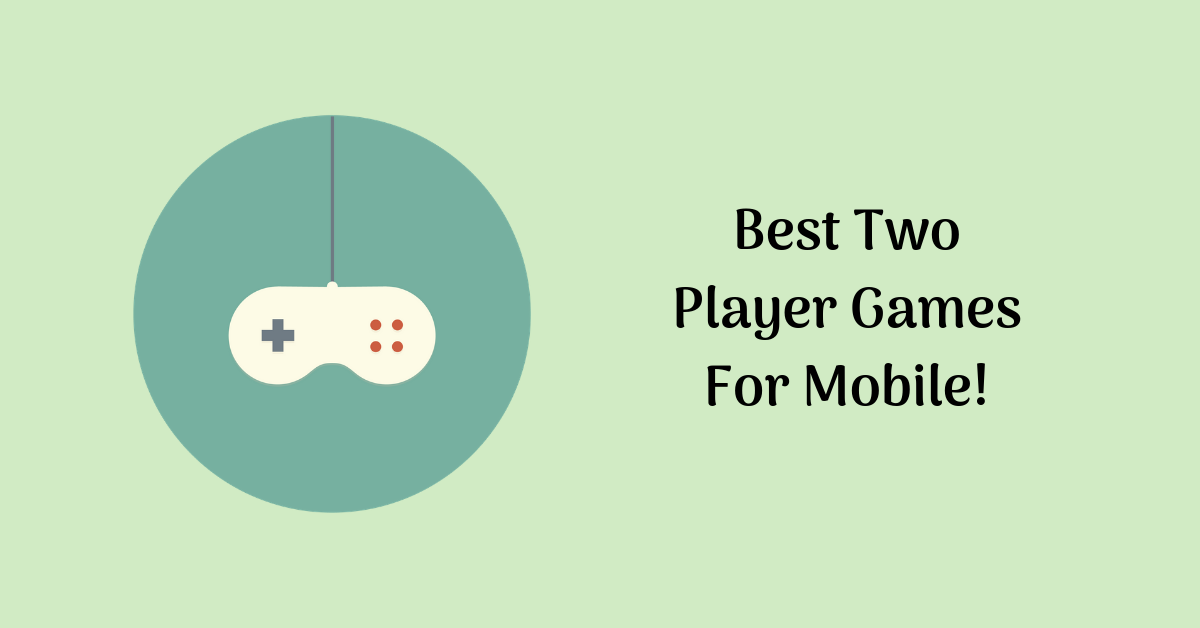 Games are meant to be played with other people. No matter which game you look if there’s no one to play with you then you will be bored. Of course, there are single player games but for most, playing games mean playing them with other people. It’s just much fun that way.

Playing games with friends is one of the best ways to kill time when all of you are bored. Now, there are lots of games to choose from but the ones we think are the best with friends are two-player games which can be played on a single device. This brings back many memories of childhood when we played with friends. Well, those were the days.

But nowadays you can make friends with the help of games. If you have a few people or friends you too can get to know them better by playing two-player games with them. It’s a unique way to know people. There are many two player games available on both the Android play store and the iOS store.

Here are some of the local multiplayer games you can play with your friends, let’s begin…

We all have played this game when we were a child. Haven’t we? Heck, I remember playing this game with my friends on the last pages of my notebooks when I attended college. It is one of the old classics and now you can play it on your mobile phone with your friends, you won’t even waste papers.

Tic Tac Toe game is developed by Optime Software LLC, it is a fantastic two player game. You can play the game against the computer or with your friends, it’s up to you. It is one of those local multiplayer games which aren’t too much focus on design or storytelling. This is just a digital version of an old classic game loved by millions!

You would have played the old classic game battleship? If yes, then you will not have any troubles playing this game. This is exactly the same game with some modifications. There are many game modes in this game, you can play the game against the computer or with online players.

You can also play the game with your offline friends, there are two ways to do it – either connect via Bluetooth or pass-and-play style. Both the ways are great, with this game you will be able to kill your time easily. It’s one of the best local multiplayer games which is available for both iOS and Android.

Next on our list of the best two player games we have is Boxing Amazing. What makes this game good is that it uses real-life boxing physics. It isn’t like other boxing games which make no sense. Boxing Amazing is a free two player game which means you don’t need to pay anything to play this game with your friends.

Also, this game is available for both Android & iOS user. So, no matter who you are and which OS you use you will be able to experience these two-player games with your friends. The controls of this game are very simple and you will get used to it. You get 5 rounds to find out who is the better boxer between you & your friend.

Apart from the gameplay, soundtrack, and design what makes this game so amazing it that you can create levels on your own. Yes, there’s a way to create levels which you can play, the game doesn’t rely on being played online as it can also be played offline without any issues. It’s a great game.

Want a game that doesn’t require any internet connection, is not big in size and is quite interesting? If your answer is yes to all of these questions the Challenge Your Friends is the two-player game you should check out.  All you will need is a friend to play all the crazy game it has inside.

This game doesn’t require an internet connection to work and has many games inside like – Tic Tac Toe, Checkers, Dots and Boxes, Car Racing and much more. It has a collection of many mini two-player games which you can enjoy. There aren’t many games like this on iOS and Android.

Glow Hockey is another real-life game which has been converted to a mobile game. It took inspiration from the real-life Air Hockey game where two people aim to score a goal against another person. This game is published by Natenai Ariyatrakool and is available for both Android & iOS users.

Another game from the past which made us happy with our friends when we were young, Dots and Boxes. You have to play this game in the same way you used to play it in the past. If you don’t know, all you have to do is make lines and make more boxes than your opponent can. It’s an addictive game.

Two people can play this game at the same time. It is one of the best two-player games that you can play. You don’t need an internet connection to play this game, all you need is friends which are hard to get but you will find them if you don’t have them right now. It’s an amazing local multiplayer game.

The only game I still have on my mobile and my most-played 2D game, Chess Free holds a special place in my heart. This is a completely free game which is available for both iOS and Android. You can play this game against Chess AI which has 12 levels of difficulty or simply play with other people.

However, the real fun with this game comes when you play it with your friends. You can play with others via two methods – online multiplayer mode or pass-and-play style. It is one of the best two-player games of all time. Even without friends, this game is very much exciting.

Another game which will send you back to your childhood, Pen Fight is one of the best two-player games that you can play. While we used to have fun playing pen fight in our schools, it is now not possible now due to our busy lives. But this game is now available in the form of a mobile game which still rocks.

You can play the game with your friends or the AI which increases the difficulty level as you progress. Playing this game is very addictive and you will find yourself playing this game again and again. It is one of the top two-player games which you can still play. Make sure to check this game out.

The last game on our list of the best two player games for mobile is Stickman Archer Fight. If you’ve played a stickman game before you will know that these games are amazing. Not only amazing, but they are also very simple yet great. Stickman Archer Fight is a shooting game which you can play with your friends.

Playing this game is easy – you just have to hit the opponent to win the round. If you’re short on friends to play with you can play against the game AI which makes the game more interesting. You just have to kill the enemy stickman. This game is available for both Android and iOS.

Whether you’re a teen or an adult, playing games with friends are one of the best things to do. With these local games i.e, with games which can be played on a single device, you will never be bored in the presence of other people. Most of the apps in this list work without an internet connection.

So, what are your thoughts about these two-player games? Which one is your favorite and why? Did I forget to add any game to this list? If yes, give your suggestions in the comments box below… Cheers!