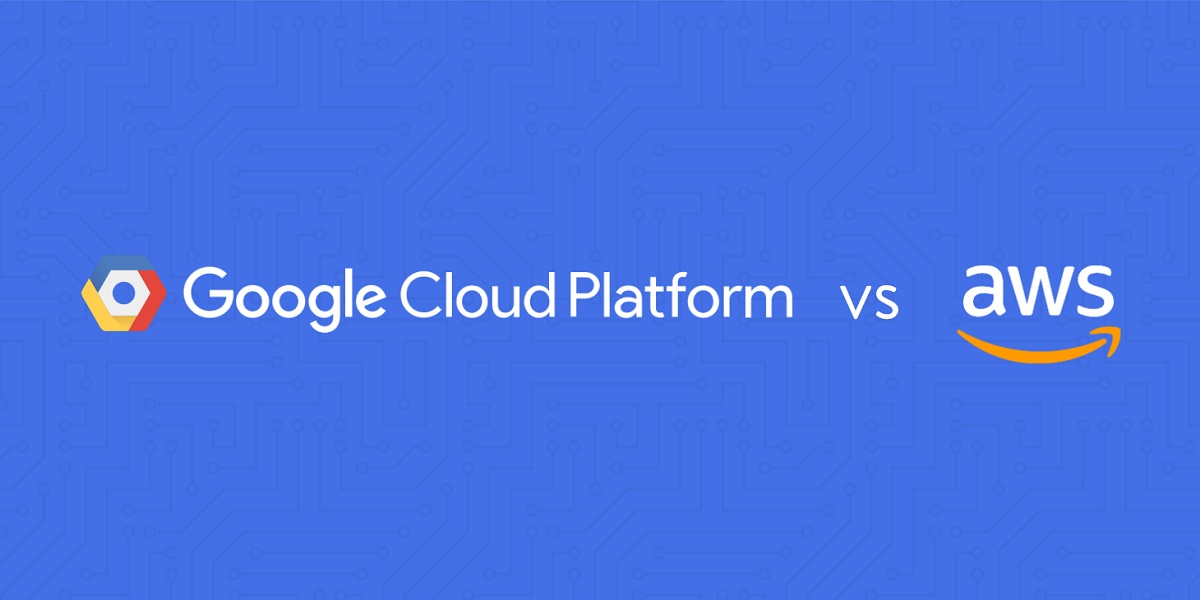 Which one is the better cloud company – Google Cloud VS AWS is one of the biggest cloud computing companies rivalry. This is the question that’s asked by many people starting to get into the cloud computing world. Here, we will end this debate forever.

There’s no surprise that Cloud Computing is the hottest thing on the programming world right now. The old days of suffering and struggling with the on-premise server rooms are long gone. The past decade has been gigantic, heaping leaps and bounds due to the improvement in Cloud services.

There are three major players in the cloud computing sector – AWS (Amazon Web Services), Microsoft Azure, and the Google Cloud Platform. It’s common knowledge that anyone who’s getting to Cloud Computing should know. Today, we will compare just the two of them – AWS and Google Cloud.

These two are amazing but they have stark differences. They even have the different market size and is great for different kind of developers. You can use any one of these for different stuff. These are two amazing companies.

Google Cloud Platform is simply made up of many kinds of different solutions and services. It allows you to maximize the same hardware and software that Google uses for its own products like Gmail, YouTube, GDrive, etc. The first service of Google Cloud was launched in 2008, it was the Google App Engine.

GKP is a suite of all the cloud computing services by Google. What Google uses, you can use it too. Apart from the management tools like Gmail, YouTube, etc. you also get modular cloud services like data storage, computing, machine learning and analytics. It has over 90 products, here are some of them –

These were some of the great services that Google Cloud offers. For comparison with AWS we will look at the Google Compute Engine. With this service you can launch Virtual Machines on demand. It’s done by many web hosting companies that make use of Google Cloud Platform.

Some of the big brands that use Google Platform now are – Apple, HTC, Ubisoft, Coca-Cola, Sony, Evernote and others. There are millions on sites running on Google Cloud Platform. You will find it running in your smartphones too. It’s great!

AWS is the online cloud subsidiary of the E-Commerce giant Amazon, it’s been in the market since 2006 and has provided amazing cloud services to big companies and individuals. It comes with many solutions and services related to the cloud. It’s the first choice of many professional cloud developers.

Amazon has without a doubt, revolutionized the way cloud business work. There are many articles on the internet about the rise of AWS, you should check some of them. There’s no denying AWS has set the gold standard for cloud computing services. It has more than 200+ services, some of them are –

These are some of the great services that AWS provides. Here we will focus on Amazon EC2 and its related services because it’s almost the same as Google Compute Engine. Amazon’s EC2 beta services were launched in 2006, since then it has come a long way. In comparison – Google’s Compute Engine came online in 2012. They were 6 years ahead.

Here’s a head-to-head comparison of both Google Cloud & AWS. It’s the best way to learn which is the winner in this Google Cloud VS AWS rivalry –

As of October 2020, AWS is the industry leader in the cloud computing sector. AWS has control over 32% of the market share, Next is Azure with 19%, Google Cloud only has 7%, Alibaba cloud has 6% and the rest combined have 37%.

Amazon has a total yearly revenue of 16bn$ which is more than the combined revenue of Google Cloud, Azure, and Alibaba Cloud.

Google has a serverless cloud environment with powerful analytics. You also many long-term discounts with GCP. Your employees can work from anywhere with its help.

There are two types of storage that a cloud provider uses – block storage and object storage. Both the Google Cloud and AWS makes use of these storage. Both of these are SSDs which are the fastest. We give the advantage to Google because it offers support to any kind of instance whereas AWS is a bit limited.

AWS is the undisputed winner when it comes to offerings and raw computing power. It’s a better platform, offers tons of services, and has more data centers around the world. Google has a lot of catching up to do.

When it comes to the support – both AWS and Google Cloud have community forums and extensive documentation for free. However, if you need help or assistance right away you will need to pay for both platforms. There are different support plans available.

Both the AWS EC2 and Google Compute Engine make use of SLAs which guarantees an uptime of a minimum of 99.95%. That being said – No service provider is perfect and there have been instances when there’s been a downtime of AWS and Google Cloud. It’s way too rare, but it has happened and can happen again.

When talking about cloud security there are three things to consider – physical security, infrastructure security, Data and access security. The first two are taken care of by the two cloud providers. However, the third is the responsibility of the end-user. Almost 80% of the data breach that happens are because of clients not encrypting their data.

Note – There are many other departments where we can compare these two tech giants to find out the better one like – network, marketing, number of users, etc. One must go through deep research before buying the paid plans for any services.

Google Cloud VS AWS: Which one is the undisputed Winner?

So, the long-awaited answer to the question of the winner of Google Cloud VS AWS rivalry is – it depends… Both of the providers come with their own pros and cons. It depends on what you want to integrate into your service. You can try both of them – they come with a free tier-plan and see which maximizes your efficiency. The provider which makes your work easier will only be found if you try both of them first.

This marks the end of this Google Cloud VS AWS article. We hope you found your answer to which one of these two giants suits your needs. Hope you also liked it and will share this article with your friends…