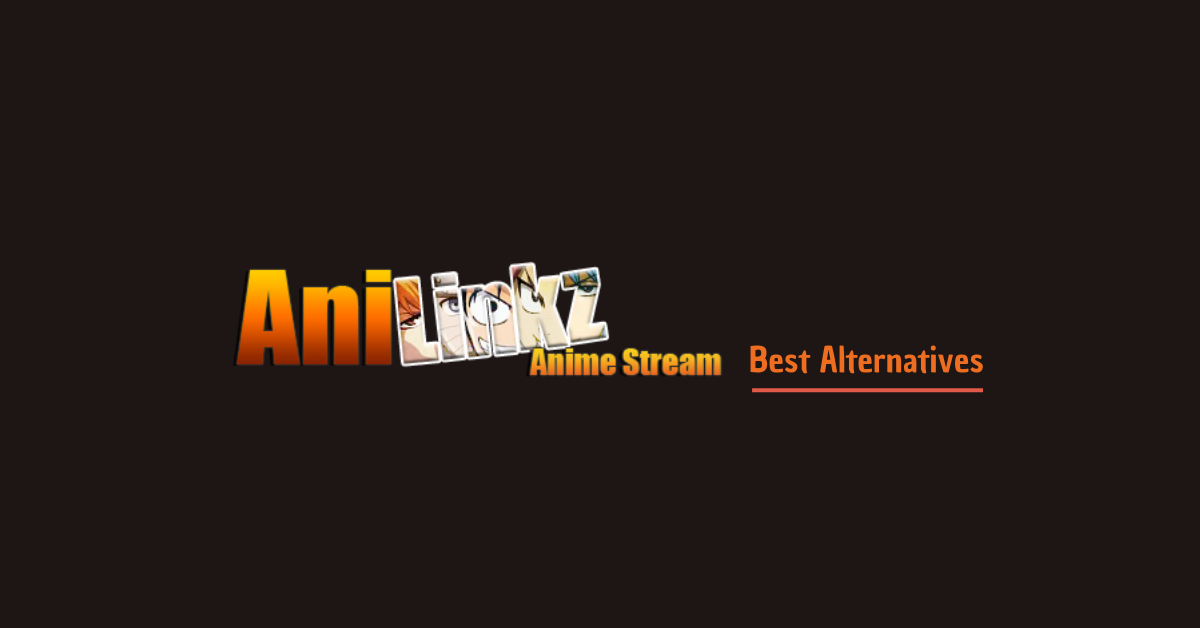 Animes have been a source of entertainment for a long time. Millions of people around the world love watching anime and I am one of them. There’s something about anime which you can’t find in other things. It will make you happy, it will make you cry. Overall, it’s an amazing experience.

While there are thousands of sites which claim that they provide anime streaming in HD but all they have is tons of ads to make money. I’m not saying it’s wrong to make money but making it while annoying the living shit out of people isn’t right. That’s why there are only a handful of sites where you can enjoy anime online.

One of the best sites to watch anime is Anilinkz. It is quite popular among anime fans and is one of the most popular anime sites out there, I too love to watch animes on Anilinkz. Although I have used the site only a few times but liked it too much, it is as good as KissAnime. Yup, you read it right.

But like any other thing, the Anilinkz site too isn’t perfect. While Anilinkz is one of the best anime sites we should not forget about other sites too, there are some sites which doesn’t get the attention they deserve or are better than this site in some departments.

Today, we are going to cover some of the best Anilinkz alternatives you can use to watch anime. So, without further ado let’s begin…

First up on our list we have is GoGo Anime which is a popular site which you can use to watch anime. It has thousands of anime movies and series from which you can choose. What makes GoGo anime one of the best alternatives to Anilinkz is that it works in the same way and covers almost every anime you can think of.

Apart from its huge catalog, I am personally impressed by the site’s design. The use of the main colors of the site is simply beautiful and can make anyone fall in love with the site’s design. As a site owner myself, I can say that the web designers have put a lot of efforts into it. It’s just beautiful.

The GoGo Anime site’s player is also very easy to use. You can find any anime easily but finding the exact episodes is a bit tricky as you’ll land into the latest episode as soon as you click on an anime title. Below the player, you will find all the episodes list. Both subbed and dubbed animes are present here.

When talking about anime it’s impossible to not mention KissAnime, it’s one of the best, if not, the best site you can use to watch any kind of anime. It covers every kind of anime genre be it – action, adventure, romance, thriller, sci-fi and what not. It isn’t the best anime watching site for nothing.

While there is one thing I don’t like about KissAnime i.e, they are way too aggressive on ads. It’s right to earn money but excessive ads feel like irritating. Apart from that, there are literally no flaws in this website. The UI is simple and very easy to navigate around, the video player supports many different servers, etc.

If you are into watching anime online which I’m sure you’re then this is the site that you can’t miss. I’ve been using this site for more than 5 years now yet I can’t miss out on this site. It just keeps getting more popular. There no other anime site which can beat KissAnime, it’s just impossible.

Anime Lab is another site which can be used to binge watch anime series for free. It is a freemium site i.e, some of the shows will be free but to get full access you will have to pay a monthly fee. This site has a very modern look and feels refreshing and interesting to use.

However, you will only be able to access Anime Lab if you’re from New Zealand or Australia. If you’re from somewhere else you shouldn’t try it, if you still want to use it you can use a VPN to get past the country restriction. As of today, there are more than 500+ free shows available on this site.

While the site is great and provides 100% legal content, you should only try it if you’re from the countries where it is available. Else use a VPN, but there are sites on this list which you can use without a VPN. In the end, it’s your choice as it is a good Anilinkz alternative. Use it to watch any anime you want.

Here you can get full episodes of any anime series you want. I’m assuring you that you won’t be disappointed if you Anime Freak to watch anime. Some of you won’t like the site’s design if you care about watching any content on a site with modern design but that doesn’t affect this site.

You will have to watch out for the ads because they can be a bit annoying. They are placed in such a manner that you will click them even if you don’t want to. If you can easily ignore the ads then this is the fastest loading anime site, it doesn’t take years to load and is very impressive.

Anime-Planet is one of the legal and free sites which you can use for watching anime. The site was first founded in 2001, since then it has been serving people and bring anime watchers together. It has one of the biggest anime communities on the internet.  It’s also one of the best-designed anime-watching sites.

There are tons of anime content available on this site. You can watch over 40,000+ anime episodes and movies with the help of this site. What I like the most about this site is that it’s very clean, the ads are kept to a minimum, unlike other sites which just spam people with annoying ads.

I think I’m in love with the design of this site, it is just beautiful. You can also use this site to read reviews about animes, manga. Joining the discussions with like-minded people is also possible when you sign up. Overall, I like this site very much and will also use it in the future.

The last site on our list of the best Anilinkz alternative is Chia Anime. The best thing about this site is that it is completely free and has been operating for a decade. There are many anime sites but Chia Anime has been one of the oldest anime sites on the internet. Using this site is very easy.

This site feels the same as Anime Freak, both have a pretty much same layout with little differences. It doesn’t matter what your age is you can watch anime from this website. If you’re into watching adult anime then this site isn’t for you though, you will have to look for other anime sites.

There are some ads on this site but they don’t affect the user experience much. It has a huge collection of anime but most of the anime series is in the subbed version. Not many series are available in the dubbed version. If you’re a dub anime fan then you will have to see another site. Else, it’s one of the best.

Now it’s time to wrap it all up, these were some of the best sites you can use to watch anime instead of Anilinkz. All of the sites on this list are equally awesome if you ask me the best alternatives are KissAnime and GoGo Anime, I use these sites personally and love them.

So, which is your favorite Anilinkz alternative? Which site do you use to watch anime? What do you like about your favorite site the most? Let us know in the comments below…