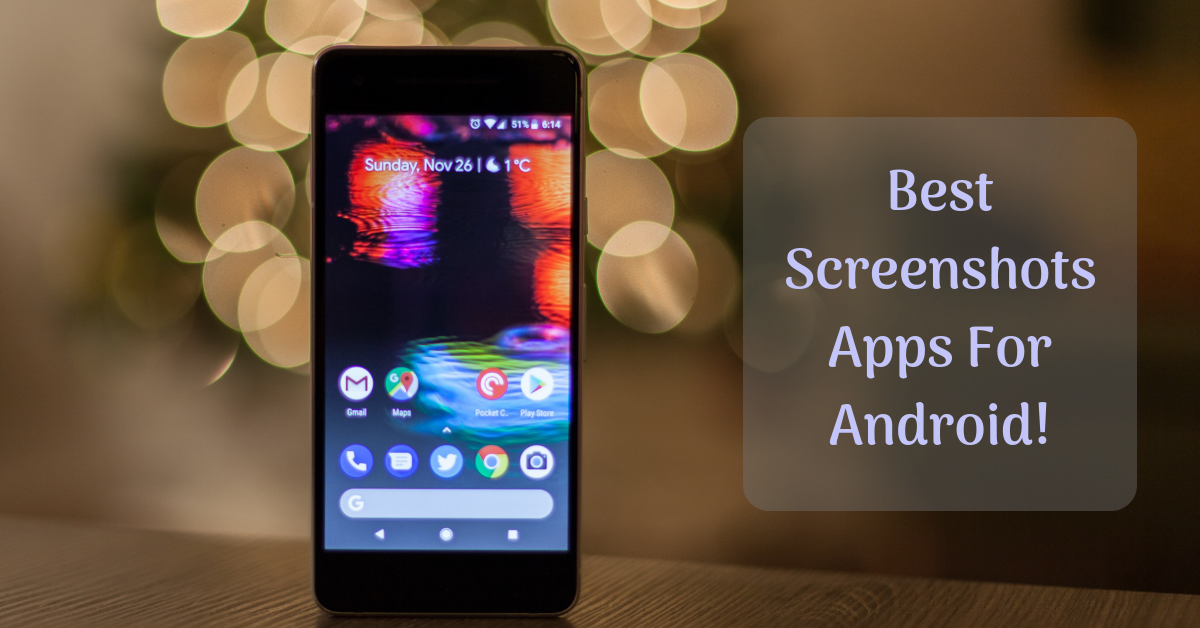 Looking for screenshot apps for your android devices? This article is just for you, read till the end to find out some of the best screenshot taking apps for android….

The amount of information we come across on the web on a daily basis is way too much. Sometimes while browsing the web, we come across some content that we want to save. That’s where screenshots come to our rescue, by taking a screenshot we can save the content be it memes or other informational content on our gallery.

Can you live without taking a screenshot? I can’t and I’m sure no one who has used smartphones for a long time can do it. It has become one of our habits to take screenshots. Sometimes screenshots can even be used as evidence cause people on the web can delete their posts anytime when they get caught. (But that’s another story.)

While taking a screenshot on android is pretty easy, some people find it hard to take screenshots. The best and the easiest way to do it is to hold one of the volume buttons and the power button at the exact same time. See taking screenshots is easy but editing them in a professional way at the same time isn’t.

Android users have to save the screenshot and then edit it with some image editing apps. Sometimes they use photo editing software like PhotoShop but it makes the process longer. This is where Screenshot apps are helpful, they allow you to take screenshots and edit them at the very same time.

Here, we are going to cover some of the best screenshot apps for Android that you should use if you need to edit screenshots for professional use. Let’s begin…

First up on our list we have Touchshot which is a very good app for taking screenshots on Android. This app isn’t only limited to taking screenshots as with it you can also record your screen. It also works as a screen recorder that you cover everything you have on your screen at a good quality.

What I like the most about this app that it is very easy to use. Want to take a screenshot? Or, want to record your gameplay on a mobile phone? Just open the app or select the screenshot button on the navigation bar. It will take the screenshot and you can edit them by opening the app easily.

The AZ Screen Recorder app as the name suggests is primarily a screen recorder app i.e, it was mainly made for people who want to record their mobile’s screen. But like other apps on this list, it also has a feature to take the screenshot of your Android device. It is one of my favorite apps because of the many features it has.

What I like the most about AZ Screen Recorder is that is has a simple and good looking UI, the developers have put a lot of efforts into it. You can take as many screenshots on your mobile and edit them with the help of this app. If you’re a fan of apps which have clear UI then this is the app for you. It’s the perfect combo of powerful features & elegant design.

Now, this is the app which I love a lot, Screenshot Touch for me is the best app for taking screenshots on Android smartphones. When I started using mobile phones it was one of the first screenshot apps I used for a long time. You can say that I’m a little biased towards this app. Also, using this app is very simple.

Some of the features I like the most about this app are – take screenshots or record mobile screen with a floating button, select the quality of recorded videos & images, edit screenshots, take full page screenshots, etc. This app may not look like it is good but judging something on appearance isn’t right.

Super Screenshot app works in a simple manner when comparing to other apps on this list. To use this app you will first, have to take a screenshot in a classic way i.e, volume button up or down with the lock button. The real magic starts when you have taken a screenshot this way.

You can think of Screen Master as the enhanced version of Super Screenshot. With the help of this app, you can edit your screenshots by adding blur or cropping parts but it’s not only limited to that. With Screen Master, you can add stickers and emojis to your images. After you edit the screenshot you get direct sharing buttons to share them.

You also get the zoom feature which is helpful if you want to magnify the image a little bit. Using this app is simple as it also allows you to take screenshots with a floating button. Whenever you feel like taking a screenshot all you have to do is to just click on the floating button and your screenshot will be taken.

Are you tired of taking screenshots of long web pages or chats again and again? Are you looking for an app which can take screenshots of very long chats without any issues? If yes, then the Stich & Share screenshot app is for you. With this app, you can take as long screenshots as you want. It will be good for you if you want to take huge screenshots.

Like other apps, this app too provides the necessary features to edit your screenshots easily. Making one big screenshot is a piece of cake with the help of Stitch & Share app. After all, some people don’t want to be bombarded with 10-20 small screenshots. You can send them a huge screenshot once. How’s the idea?

While other apps on this are for normal users who want to take screenshots, this one is a different one. How? It is made especially for Android app developers who want to showcase their apps with the mobile. You can add the screenshots into different devices frames to make them stand out.

Using the Screener app is very simple – first, you need to take the screenshot of your app (or whatever you like) then select the device frame. This is all you need to do, there are 100+ device frames you can select from. You can adjust the brightness, color and other details without any hassle.

While Screenshot Ultimate may be the last app on our list it certainly is one of the best ones. The features it has are only second to a few apps on this list. There are more than 16 ways in which you can capture a screenshot with the help of Screenshot Ultimate app. It can be used on any Android device.

The features that I like about this app are – editing modes like adding text, filters, and various capture methods such as floating buttons, shake to take a screenshot, etc. Like I said it is a screenshot app which has lots of features and you can use it. It’s one of the better choices.

There used to be a time when you had to install an app just to take a screenshot but that is a relic of the past. Now, all you need to do is to press a few buttons and boom, your screenshot will be ready. And, with these Screenshot apps, you can edit your screenshots instantly.

With these screenshot apps, you can kill two birds with one stone. What else do you need from a screenshot app? If you ask me, my favorite screenshot app is Screenshot Touch as it provides all the features I need. Which one is your favorite? Let us know in the comments below…