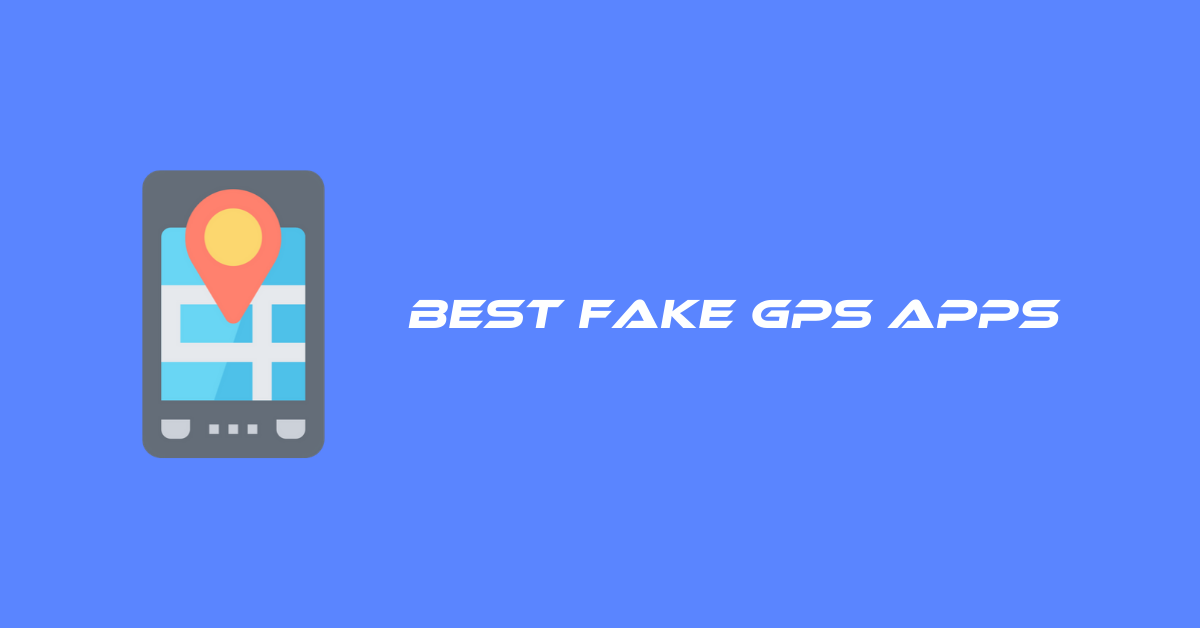 There are tons of reasons as to why people want to spoof their location. But one of the most common reasons is that they want to see the people on dating apps from other cities (I’ve been there, done that). Other reasons may include – checking in at a famous place while not being there or any other reason.

No matter what your cause is, there are tons of fake GPS apps to help you out. Here are the top 10 best fake GPS apps you can use on your android or iOS devices. Let’s begin…

Fake GPS Run is simple and easy to use application that can be easily used to get a fake location. And this app works on both iOS as well as Android smartphones. It is one of those fake GPS apps which you can use to teleport your smartphone’s virtual location to any location of your choice. And once you have done that, all of the apps and games installed in your smartphone will see the same location that you have chosen. Fake GPS Run uses a unique algorithm that is different from other options out there. It makes this application undetectable and you can change the location of your smartphone without any issues.

FGL Pro is one of the most popular free to use fake GPS apps available out there. FGL stands for Fake GPS Location which can be installed and used on any smartphone without any issues. As you would imagine, FGL Pro can be installed on any smartphone from the Google Play Store to change your virtual location. You can also share this fake virtual location with your friends and family via social media apps like WhatsApp or Facebook. Apart from changing your current location, you can also share routes like walking, cycling, or driving with others. And this can be used to further hide your location if needed.

Hola is a popular app developer that makes various Android apps like VPNs or anti-virus apps. But as you can expect by its name, Hola also makes one of the best fake GPS apps available on the Google Play Store for free. This app is completely free to use on your smartphone for changing the location. And even then you do not get any ads while using the Fake Location by Hola app. A great thing about Fake Location by Hola is that it is quite easy to use. You can simply install and open this app on your smartphone and choose any fake location of your choice. This app is the perfect option when it comes to fake GPS apps if you want to fake your location in online social media apps like Facebook or any other strangers chatting app.

As you can expect by its name iTeleporter is one of those fake GPS apps which you can use to teleport to a different location in online social media apps. While all other apps present in this article are made for both Android as well as iOS, this one works the best on iOS. Even if you are using the latest version of iOS, that is iOS 13, iTeleporter will work flawlessly. It offers a very simple and easy to use user interface. As a result, even if you are new to these fake GPS apps, you can use the iTeleporter app without any issues. You can find all of its major options and features of this app right on its main home screen.

Fake GPS 360 is one of the only all-rounder fake GPS apps available out there. You can find all of the features and options in this app that you can ever need for changing your virtual location. This app can be used to hide your current real-location as well as change it to a fake location of your choice. Once you have done that, all of the apps installed on your smartphone will see the new fake location instead. Even if your smartphone does not have GPS or you have disabled it, you can use the Fake GPS 360 app without any issues.

VPNa is one of the most unique fake GPS apps available out there. VPNa stands for Virtual Phone Navigation app which allows you to do more than just changing your fake location. As per its name, you can use this app to show a fake navigation route of your smartphone. Due to this, you can even share a fake live location from your smartphone without any issues. This app offers a detailed map of the locations around you.  You can then use this map to either choose a fixed location or a route on the map. And once you have done that, VPNa will change your smartphone’s location to that fake location.

Fake GPS is one of the oldest and most popular fake GPS apps available on the Google Play Store. Unfortunately, Fake GPS is not available on iOS and you might have to choose one of the various other options mentioned in this article. This application has been made by Mappstreet developers and offers various useful features. As you would expect, all of these features can be quite handy for changing the fake location of your smartphone. And once you have done that, Fake GPS offers a fake location to all of the apps installed on your smartphone.

Spoofer Go is among one of the most popular fake GPS apps which are made mainly for iOS. Unfortunately, this app is not free to use as you have to purchase it in order to download and install it from the iTunes app store. But once you have done that, you can easily change the location of your smartphone to any fake one of your choice. Spoofer Go is also quite easy to use due to its simple and straight forward user interface. You can find all of the options and menus right on the home screen of this app. It allows you to simply long tap on a location on the map present in this app to make it the new location of your smartphone.

iCubemedia is another popular app developer out there which is mainly known for making iOS apps. And as you would expect it also makes one of the best fake GPS apps that is available on iOS. It is an app that is completely free to download and install from the iTunes app store. After that, you can use Fake Location by iCubemedia to quickly change the virtual location of your smartphone to any point on the map. After this, all of the online social media apps installed on your smartphone will see that location as your current location. It can be quite useful for sharing your fake location on social media apps on your smartphone.

These were the best Fake GPS Apps you can use to spoof your online location. All of these apps are working and we’ve tried them, although they may require a bit of tweaking, they are worth it.

S0, which one of these Fake GPS apps do you like the most? Have you used any one of them before? Are you facing any issues? Let us know in the comments below…