We might disagree on a lot of things but one thing that many of us can agree on is that – Life’s boring without music! And thanks to our smartphones we can listen to music anytime, anywhere. But most of us don’t like to stream music online, we prefer it listening offline. That’s where Offline Music Player Apps are the most useful.

Streaming music is a new thing, those who have been using mobile phones for a long time back know we all used to download mp3 files and just play them. It was very easy and won’t use as much data as streaming music online. Sure, streaming music is fun but some prefer it the old way. It also helps when you don’t have a data connection or WiFi available.

This includes colors, buttons, animations, and much more. Apart from user interface settings, Poweramp also offers a powerful equalizer to the user. Such a feature can be quite useful for users who want the best audio possible. You can easily change the audio signature of the Poweramp music player via the EQ settings. Even though this app has a paid version, the free version is more than enough for most smartphone users.

VLC Media Player is a great offline media player for computers. And now it is also available for smartphones on both Android as well as iOS. As a result, you can have the same experience on your mobile phone as your computer. Apart from listening to offline music, you can also use VLC for watching videos on your smartphone. Due to this, it is the only media player that you will need to install on your device. And the mobile version of VLC also offers all of the advanced features that you find in the computer version.

It offers an equalizer to the user along with multiple presets to change what your music sounds like. Apart from that, you can also stream music on your home network or using online servers in the VLC app. One of the best things about VLC offline player is that it supports most of the audio formats and codecs out there. As a result, you can play any kind of music file using VLC Media Player on your smartphone.

Shuttle Music Player is one of the simplest and straight forward music players available out there. And this is possible due to the very modern and sleek user interface of this app. As it uses material design for the theme, it makes the music player look very refreshing. Not only that but it also allows its users to change the colors of the app.

And you can even go full dark mode in the Shuttle Music Player which will be loved by most users. While this app does not have any advanced features for the user, it makes a great choice for the minimalistic user. It offers all of the basic features that you can ever want for listening to music on your smartphone. As you would expect, Shuttle Music Player also supports all of the major music formats out there.

Google Play Music users can either listen to the offline music tracks stored in their storage or get the streaming subscription. But no matter which method you chose to listen to music, it will offer a great music listening experience. The user interface of Google Play Music is also quite good since it is developed by Google. And it allows the user to easily browse through multiple audio tracks for listening.

Pulsar Music Player is another great music player that offers a lot of advanced features. But even though this app is made for advanced users, it is quite easy to use. This is possible due to the great user interface of the Pulsar Music Player app. You can find all of the different music categories right on the home screen of this app. It’s a good offline music player.

Not only that but since it uses material design, it also looks quite good in terms of the design and layout of the app. As a result, Pulsar Music Player can be a great choice for both casual as well as advanced smartphone users. One of the best things about Pulsar Music Player is that it supports external equalizers as well. Such a feature can be quite useful for smartphones that come with an inbuilt equalizer. But if you do not want to use that, Pulsar also offers its own equalizer.

AIMP is another popular music player app available computers for a long time. But now it is also available to download and install for smartphones. As a result, you get to enjoy all of the advanced features available in the computer version right on your smartphone. And it offers all of these advanced features along with a user interface that works perfectly on mobile devices. Not only that but AIMP also supports a large number of audio formats and codecs.

This allows the user to play any kind of music file they want to on a smartphone. Apart from that, finding your favorite music tracks is also quite easy in the AIMP app. It offers a search option along with various categories right on the home screen. These can help you in saving a lot of time while playing music tracks on any smartphone. And the best part about AIMP is that you get all of this for completely free.

Avee Music Player is quite different from most of the offline music players out there. Just as you would expect, this app allows the user to play offline tracks without needing an internet connection. But where it differentiates from most music players is its user interface. One of the best things about Avee Music Player is that it comes with a music visualizer. This feature offers you various dynamic animations while you listen to music that looks quite good.

And these animations change according to the music that is currently playing. If you have ever used Windows Media Player and its visualizer, then you will find this feature quite fun to use. But even if you do not use this feature, Avee Music Player is still a great music player. It works perfectly with most of the popular audio formats. And the user interface also makes this music player app quite easy to use.

The phonograph is another great music player app for smartphones that is quite similar to Shuttle. Just like Shuttle, Phonograph Music Player is also a quite simple and straight forward app. The user interface of this app takes a minimalistic approach which makes the app look quite modern and sleek. Not only that but the whole app uses a very modern material design which is found in all of the latest mobile apps.

And just like Shuttle, Phonograph also allows its users to change the color of the user interface. As a result, you can make the colors of this music player match the rest of your phone’s theme and user interface. One of the best things about the Phonograph Music Player is that it also offers an equalizer. This feature is quite great to have in a simple app like Phonograph. You can easily use it to change the sound signature of the songs that you are listening to.

Foobar 2000 is hands down the most advanced and flexible music player available for computers. It allows the user to install various kinds of plugins and addons to add further functionality. And now Foobar 2000 is also available to download and install on Android devices for completely free. While the mobile version does not support plugins and addons, it is still a great advanced music player for smartphone users. There are a lot of customization features offered in the Foobar 2000 app.

It allows you to completely change the user interface of this music player in terms of the options and menus that you get. As a result, finding your favorite music tracks is quite easy. Foobar 2000 also supports lossless audio formats with the highest possible bitrate without doing any post-processing. As a result, it delivers the best possible audio quality when compared to other smartphone music players. And Foobar 2000 users get all of this for completely free without facing any ads.

The best offline music player is different for everyone. Personally, we are a fan of AIMP music player. But all these music players are great for listening to music offline. This marks the end of this article, we hope you found a music player according to your needs.

Which one among these offline music players is your favorite? Did we miss any good offline music app? Which one have you used the most? Tell us in the comments below… 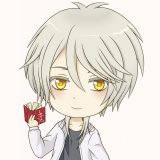