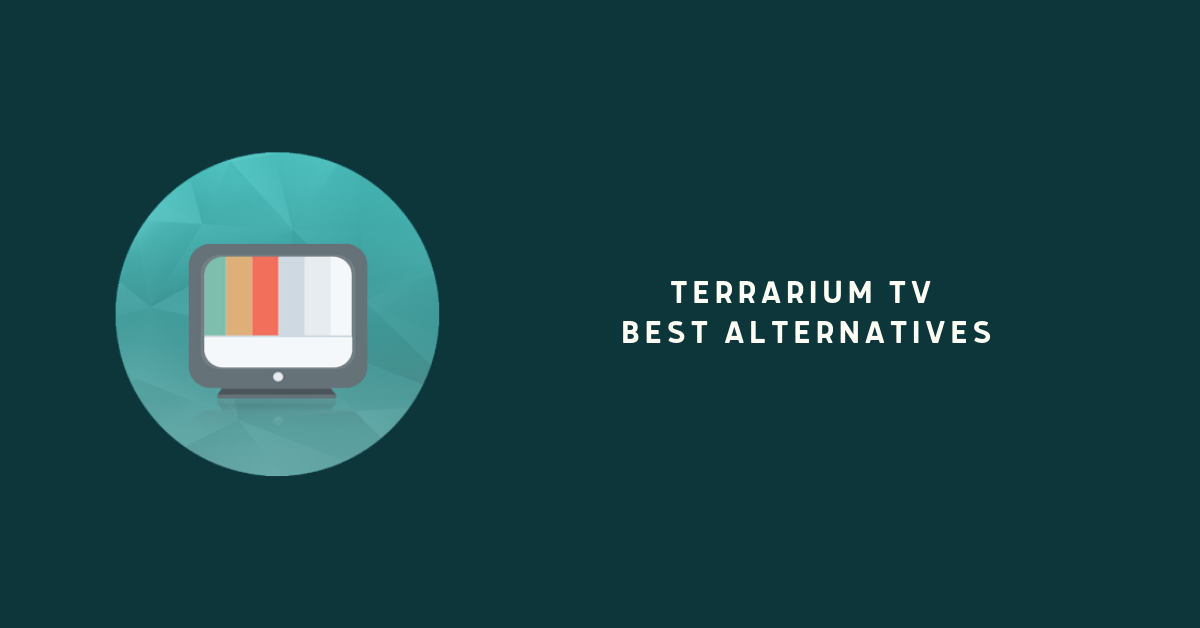 Today, we are going to cover some of the best Terrarium Tv alternatives that you can use on Android TV Box, your smartphones or Amazon Firestick. Make sure to read till the end of the article to find the best app for streaming Movies & TV Shows for free.

There are many apps available which can let you stream online content for free and of those is Terrarium TV. Or, we can say it was one of the best apps as now it’s impossible to access the Terrarium TV app. Even the developers have left supporting the app so it’s officially dead!

That’s very sad news as thousands of people were using the app, many still don’t know that the app is gone. They are only using the old version which isn’t backed by developers. It’s just a not so good option to use now. There are lots of better option out there if you’re looking for online content streaming apps.

These are the best and most popular Terrarium TV alternatives you can use. So even if the long-beloved app is gone you don’t need to worry about anything. You should know that there are alternatives to everything on the internet. Even if one thing doesn’t work you can easily replace it.

First up on our list is the app which we consider the best alternative to Terrarium TV, if you’re a regular streamer then you would have certainly heard of Kodi. It’s impossible for someone to stream and not know about the best (yes better than TTV) app to stream Tv shows and movies online.

With Kodi, you can stream all the content in high-quality. What’s even better is like the former long gone app it can also be connected to anything be it your PC, Android TV or Amazon Firestick. The craze of using Kodi is real, after using it people have stopped using any other streaming app.

Looking for an app which lets you watch and download movies or tv shows without much hassles. If yes, then Showbox is the best app for you. This app is available for Android, iOS, Amazon Kindle Fire, Windows, and Chromebooks. It’s one of the most popular online streaming apps.

You will need to download the Showbox app from the official site or third-party sites. When you open the Showbox app it will be a bit slow as it takes time to load data from the servers. It’s a little slower than other apps but still great. You can watch in 360p, 480p or 720p it depends on your internet speed.

There are a few ads here and there but they aren’t as much annoying and can be easily ignored. You can use this app on Android, PC, and Amazon Firestick. Apart from these things the UI of the app is simple and very easy to navigate. It also has many features, you should use it once if you’re into streaming (which we know you are).

Right after Terrarium TV bite the dust another app grew too fast in popularity and that app is Cinema APK. Formerly, it was known as Cinema HD or HD Movies which was already a popular streaming service. After the rebrand, its popularity just went through the roof and now there’s no looking back.

This app is only available for Android devices i.e, it won’t work on any other platform. With the help of this app, you will be able to watch any movie or tv shows for free without any hassles. It also supports offline downloading a feature that most of the apps lack. You can watch the downloaded content any time you want.

CyberFlix TV is another app which you can use instead of Terrarium TV app. It’s a relatively new app when comparing it to others on this list but it’s great. What we like the most about CyberFlix TV is that you don’t need to register, you can start watching just after downloading and installing the app.

Like other apps on this list, you will need to download CyberFlix TV either from their official site or 3rd party app stores. You won’t find apps like these on any of the app stores as they stream pirated content. While the app doesn’t host any of the pirated content on their own servers they do use 3rd party streaming services.

PlayBox Hd comes from the developers who also created the CinemaBox app. Yes, both of the apps are from the same developers and are totally amazing. The PlayBox HD app works on smartphones and tablets and is free to use. If you’re into watching movies on your mobile then you can’t miss it.

Like other apps on this list, you will also have to download it manually from the website. The app doesn’t host content on its own server and uses third-party streaming services. To run the app without any hassle you should have Android 6.0 or higher. It doesn’t work well on old Android versions.

Tubi TV is one of the rare 100% legal free online streaming services. While most of the apps on this list streams pirated content Tubi TV is for those who are against illegal streaming. There is no need for you to give any details like Credit cards, or purchase a subscription if you want to use this app.

As it’s a free & legal streaming app it has a little less content than other apps. Nevertheless, it doesn’t mean that it won’t entertain you, many movies and shows are added every week. Not only that, but it also has anime like Cowboy Bebop, Naruto. It is one of our favorite apps on this list. It’s free and legal. (What a rare combo!)

Another app which you can use to watch movies and tv series of your choice is CinemaBox, it’s also a good Terrarium TV alternative. The thing we like about this app is that most of its content is in high-quality, it’s uncommon to find shows in low-quality here. Also, its UI is also good and mesmerizing.

You can use this app on Android smartphones/tablets, iOS devices, and Chromecast. It’s one of the only apps on this list that supports playing in Chromecast. If you are feeling bored and want to binge watch movies and tv shows on your mobile phone then this app is one of the good choices.

Another app which you can use in place of Terrarium TV is TeaTV (I like tea so I like their name, I’m a simple man). You can use this app on Windows, MacOS devices and Android smartphones. It also has a web-platform from where you can watch movies and tv shows without downloading the app.

However, if you want to install this app on your mobile you will need to download it manually from their website or 3rd party websites which aren’t much secure. You won’t find the app om play store. Apart from this, you can set the quality of the shows or movies up to 1080p on any device you want.

While other alternatives on this list are just limited to tv shows and movies, TVZion brings anime to the mix. It’s an all in one solution when you use this app you won’t need to download anime streaming apps. You can watch all the content in high-quality, it ranges from 320p to 4k depending on your internet speed.

What sets this app from the rest is that it has a simple UI. Navigating the app is also a piece of cake, once you select what you want to watch from anime, movie or tv shows you will be sent to a page where you’ll get all the streaming links. You can also run this app on the Android Smart TV.

What’s gone is gone and can’t come back, this is the case with the Terrarium TV app. We all enjoyed the app while it lasted but using it now isn’t a good idea as there’s no support for it from the developers. Even if Terrarium TV app is now not available there are much better alternatives out there.

Some of the apps won’t be as good as Terrarium TV but there are also some apps which provide the same level of service as the former app. This app is gone for good, some users may find it working perfectly but sooner or later it’s going to be of no use. That’s why we suggest you use one of these Terrarium TV Alternatives.

So, from these apps which one do you use instead of Terrarium TV now? Which one is your least favorite app on this list? Which streaming app do you constantly use? Let us know in the comments below…