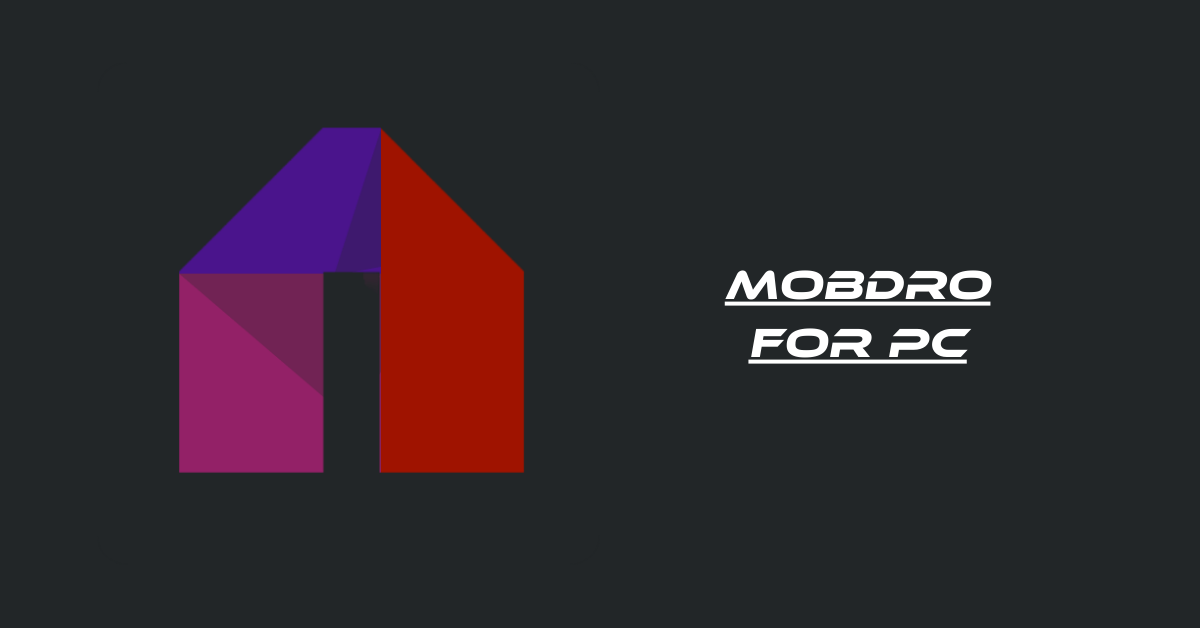 There’s a ton of streaming services out there right now, with these services you can watch anything you want whether it be movies, tv shows, live tv, sports, etc. on any of your devices. One of these great streaming services is Mobdro which is officially available for mobile devices but there are ways in which you can even get Mobdro for PC by just following a few steps. In this article, we will tell you exactly how to do so.

Like I said: There are tons of streaming services, this creates a problem you can select the perfect app for online streaming. Even if an app seems free it comes with ads or worse you need to subscribe to a premium plan for getting access to all the content. There are some great streaming apps like Popcorn Time, Moviebox or Showbox they’ve got issues of their own. Then comes Mobdro which is a free streaming app with a huge library and not so many hassles.

While watching movies (or anything) on mobile can be fun for some people it’s not the case for everyone. Some people enjoy streaming on their PC, the fun of watching a loved series on a big screen in high-quality is immeasurable. Sadly, there aren’t many softwares by which the users can stream content on the big screen for free. Finding good streaming apps for PC isn’t as easy as finding streaming apps for mobile.

Mobdro is actually a mobile application, but there are a few ways in which you can use it on your PC. Now, we will talk about them. Let’s begin…

Mobdro is an android only app, there’s no way you can get the app running directly on your PC be it Windows or MAC. To get it up and running you will have to use android emulators. There’s no other way around it.

Android Emulators create a virtual environment on your PC so it can make mobile (or android) apps behave the same even on a different OS. They are 100% safe and secure to use. Everyone uses Emulators to run mobile apps on their PC else it would be impossible. The emulator we suggest that you use is Bluestacks. It’s the most popular and trusted android emulator used by millions of people worldwide.

Installing Mobdro On PC with Bluestacks

If it’s your first time using Android emulators then it will seem like a bit difficult but believe me it’s pretty easy. Like everything you won’t know until you try. The process it straight forwarded and easy, it won’t take more than 15 minutes if you do it correctly. Let’s begin…

Is It Possible To Install Mobdro On PC without Bluestacks?

Simply saying, yes but you will still need to use an android emulator. It doesn’t matter which one you use but some emulators are better than others. We understand that Bluestacks is not liked by everyone and you would like to install Mobdro without Bluestacks. There are many alternatives to Bluestacks emulator but the top one is Nox Emulator. You can install the Mobdro app with Nox Emulator below are the steps.

Installing and running Mobdro with Nox is the same as running it with Bluestacks. Below are the steps –

Getting Mobdro on Android

It’s a trusted app, just because Google doesn’t allow free streaming services in the play store doesn’t mean you can’t use it. Millions of people are using this app daily and streaming online content to their heart’s delight.

However, if you want this app to run flawlessly on your android device it must meet a few minimum requirements. Here are they –

Features Of The Mobdro App

The Mobdro app is packed with tons of amazing features. If tou don’t know about them don’t worry, we’re here. Let’s learn about some features of Mobdro app –

Is Mobdro Available For iOS?

Sadly, Mobdro isn’t available for any other OS than Android. On PC you can install it through Emulators but it’s impossible to get on iOS for now. The official version isn’t available for iOS. Even jailbreaking your iOS device isn’t going to help much in this case.

Some of the apps like Mobdro are – Popcorn Time, Showbox, Hotstar, NetFlix, etc. You can use these apps on your iOS devices in the place of Mobdro.

Can You Get Mobdro On Other Platforms?

While the Mobdro app is most commonly used on Android devices, you can use it on PC with the help of Emulators. It isn’t available for iOS though. You can also use it on other platforms such as – Chromecast, Amazon Firestick, and Kodi.

Installing Mobdro on these platforms is a bit different but don’t worry, here are the steps of Installing it on every platform –

Are There Any Good Mobdro Alternatives?

Yes, there are many alternatives available to Mobdro. While it’s a great app we understand that it’s not for everyone. Or, if you’re an iOS user you won’t be able to use it. Therefore, here are some Mobdro alternatives which you will find useful:

and more… You can use these apps if you can’t get used to it. These are all great apps and most of them are free. While they might not be the same as Mobdro they aren’t bad either. Some are even better.

There are two versions of Mobdro: Freemium and Premium.

It depends on your needs. If you don’t mind paying a small fee for uninterrupted streaming then you should do so. If you don’t want to pay and can bear a few ads here and there then the free version should be fine. Simple as that, it’s up to you.

Some FAQs about Mobdro

Here are some of the most commonly asked questions about Mobdro:

Mobdro is an online streaming app that is available only for android. It crawls all the streams online and allows you to access them on your mobile devices.

Is it Free to Use?

Yes, Mobdro is free to use but it also comes with a premium version. You can watch everything on the free version but there will be a few ads and you won’t be able to download everything. If you want the additional features you will have to upgrade to the premium version.

Should I use the Free version or the Premium version of Mobdro?

It depends. If all you want to do is to stream then you should stick to the free version. Even though it has ads there aren’t many of them. But, if you want to enjoy the streams without ads or want to download the streams for offline viewing then getting the premium version will be better for you.

Can I get Mobdro on iOS?

Currently, it’s not possible to use Mobdro on iOS, you can use the Mobdro alternatives instead.

How to upgrade to the Premium Version of Mobdro?

Why do I keep seeing the “Parse Error” message?

The reason that most people keep seeing this message is that they are using an older version of Android. If you’re using version 4.1 or lower you will keep getting this error. The app is built for Android 4.1 or up.

Why am I not able to watch all the streams available?

Some streams on Mobdro are region-blocked i.e, you won’t be able to see them unless you shift to another country or use a VPN. Using a VPN will be easier than changing your location, the VPN we recommend is PureVPN.