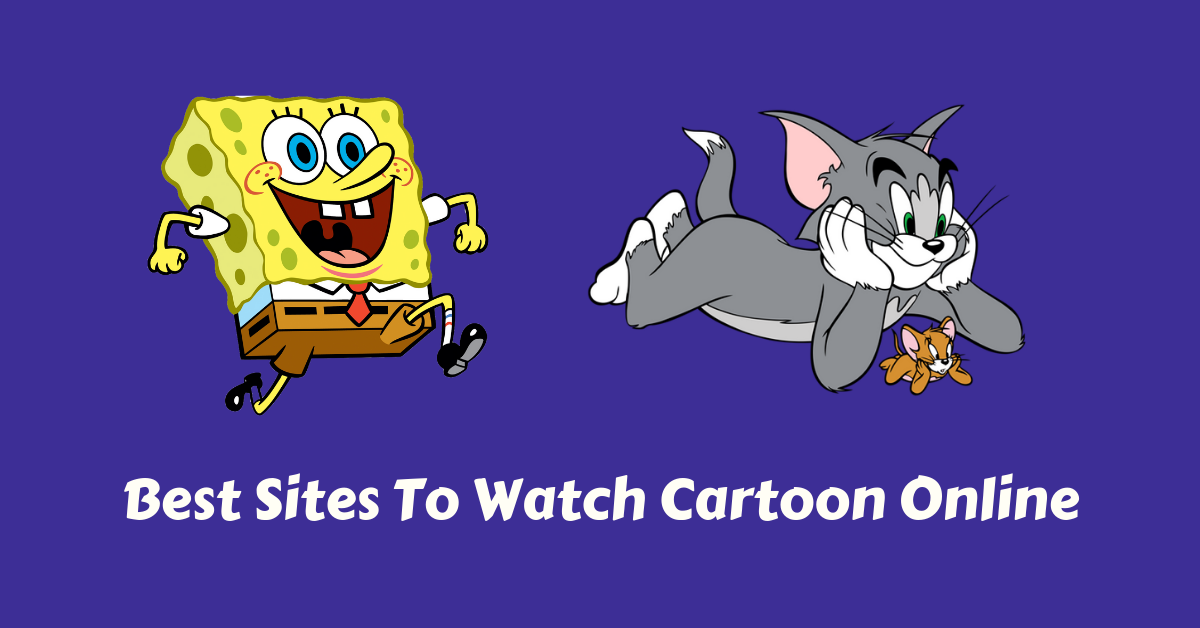 Back when I was a child I used to watch a lot of cartoons, I remember that it was the only thing I did. On holidays I used to sit in front of the TV and only watch cartoons. Damn, I miss being a child. Same is also the case with millions of people around the world they used to watch cartoons but as they grew up they couldn’t for many reasons.

And one other thing to note – Anime isn’t Cartoon, both are different!

Now, with the internet, there has been an increase in the number of sites on which you can watch content online. There are many cartoon streaming sites on the internet but only some of them are good. Therefore, we have created a list of some of the best sites to watch cartoon online.

So without wasting more of the time, let’s begin our list…

12 Of The Best Sites To Stream Cartoon Online

Watch Cartoon Online (as the name suggests) is a site which lets you watch any of the cartoons for free. You can use this site without any problems. The design of this site is clean and it’s easy for people to navigate around the site. You can watch any cartoon you want as it has a huge collection.

If you’re feeling way too bored and want to watch cartoon online then open this site. Watching cartoon shows like Rick & Morty, The Super Hero Squad, etc. will entertain you. All of these shows are present on this site. One thing that we don’t like about it – there are way too many popup ads which are irritating.

KissCartoon is the cartoon version site of KissAnime. Like it’s anime version it’s one of the top sites where you can watch cartoons online for free. The design is almost the same as the other site with a few changes in color. If you’ve ever used KissAnime then you’re going to love KissCartoons.

Needless to say, this site has got every cartoon out there covered. There isn’t a cartoon which you can’t watch on the KissCartoon site. Also, this site has lots of features which you can use to make your experience even better. However, there are a few ads which can be annoying sometimes.

Cartoon Crazy is one of the underrated sites to watch cartoons online on the internet. While it is certainly a popular site which gets millions and millions of views per month, not many people talk about this site. It has a huge collection of both cartoons and anime, there are more than 40,000 total episodes on the site.

What’s more, is that this site isn’t only limited to cartoons, you can also watch dubbed anime on this website. It is one of the best sites to watch cartoon online on a regular basis as it has got all the features you need on a streaming website. So if you’re feeling bored then this is the site you should visit.

CartoonsOn is another site that you can use to feed cartoons to your inner child. You can watch the cartoons of your choice on this site for free. With this site, you won’t ever need a TV to watch cartoons as you will be staying on this site for a long time. It’s one of the better sites out there.

There are many good things about this site, the things we like the most are – constantly updated collection, free to use, good UI or website design, etc. It’s one of my favorite sites to watch cartoons, I have used this site for a long time and can say, it’s pretty solid. You too can try this site.

On this official website, you can watch all the cartoon shows ever aired on the TV channel. You can also watch the latest cartoons, play cartoon games as your favorite character, buy official merchandise and much more. It is one of the official and 100% legal cartoon streaming sites.

While WatchOnlineCartoons have almost the same URL as of WatchCartoonsOnline we think that it is better than the former website. This site is so good that if you ever use this site you will never forget about it. It does everything right which the former mentioned site does wrong. It’s one of the best cartoon streaming sites.

On this site, you can watch any cartoon you want. Some of the popular cartoon series you can watch here include – Ultimate Spiderman, Spongebob Squarepants, Guardians Of The Galaxy, etc. It also has a search box where you can search for the cartoons you’re looking for. WatchOnlineCartoons design’ and interface is also quite good.

YouTube is the biggest online content streaming site on the internet, owned by Google it’s the sole king of online videos. Millions of videos are uploaded daily on YouTube. Every kind of video is available here, you can also use this site to watch cartoons. Some people do upload full episodes of cartoon series.

It’s the biggest video search engine on the planet, to use it all you have to do is enter the cartoon of your choice in the search box. On the results page, you will get episodes of those series. While getting past YouTube copyright strike isn’t easy some people just don’t care about that, they are the real heroes.

Hulu is a popular streaming service in the US. Many people also use Hulu to watch cartoons online as the site provides lots of content ranging from movies to cartoons. It’s a subscription-based service which means you will have to pay a small fee if you want to get access to the site.

However, there are two problems with Hulu. The first one is that you can only use it if you’re someone who lives in the United States or the United Kingdom. If you live outside of these countries it can be accessed with the help of the VPN. The other problem is there are lots of irritating ads on Hulu which are hard to skip.

When talking about online sreaming how can one forget about NetFlix. It has revolutionized the way people stream content online. You can also watch cartoons on NetFlix (if you don’t about this). There are hundreds of cartoon shows available on NetFlix which you an watch any time you like.

NetFlix is a subscription based service i.e, you will have to pay a small fee to use it. But the fee isn’t too much it costs less than a cup of coffee. Also, it is 100% legal as they licence every shows before putting them on the platform. If you want to binge watch cartoons then NetFlix is a good choice.

If there’s a kid in your house then chances are that all day long only Nickelodeon will be playing on your TV. You too would have seen many cartoons on this channel, if you want to relive all those moments as a child you spend watching cartoons then you should definitely check out Nick Toons. (It’s the official site of Nickelodeon.)

With the help of this site, you can watch all the cartoons ever aired on the TV channel. Some of the most popular cartoons on this site are – Spongebob Squarepants, Shaun The Sheep, Dora (we know you won’t watch it now), etc. There’s also radio services and cartoon games on this site.

While the latest cartoons have some great stories, animation, and stuff there’s something about them which can’t match the old classics. The old classics are filled with nostalgia which makes them more loveable. If you are also someone who loves the old classic cartoons then the Super Cartoons site is for you.

You can thousands of the old classical cartoons from this website. The site is clean and is very easy to use i.e, the UI is amazing. Some of the old classic cartoons that you can watch on this site are – Tom & Jerry, The Looney Toons Show, and more. It’s a good cartoon streaming site, you should try it once.

The last site on our list which you can use to stream cartoons online is KissPanda. On this site, you can watch the episodes of hit cartoons like – Family Guy, The Simpsons, South Park, American Dad, and Futurama. If you’re a fan of any of these series then you can’t miss out on this site.

While this site only covers these 5 cartoon series, you will never be bored. The site’s layout is pretty simple and looks good, even people who aren’t used to watch cartoons online can easily navigate through the site. So if you are bored and want to watch these hit cartoons then this is one of the best choices.

There you have it, these were some of the best sites which you can use to watch Cartoons to your heart’s delight. You should check out all of the sites as each one is good, you will find the best one according to your preference. It’s good to be a child and you can bring out the child in you by watching your favorite cartoons.

Streaming cartoons online is very easy with the help of these sites. If you ask me the cartoon site that I have used and would recommend you to use are – WatchOnlineCartoons, KissCartoon, and YouTube. If you’ve got the money you can use NetFlix.

So, which one is your favorite site to stream cartoon online for free? Which is your favorite cartoon series? Did we miss any of the good sites which allow watching cartoons? Let us know in the comments below…