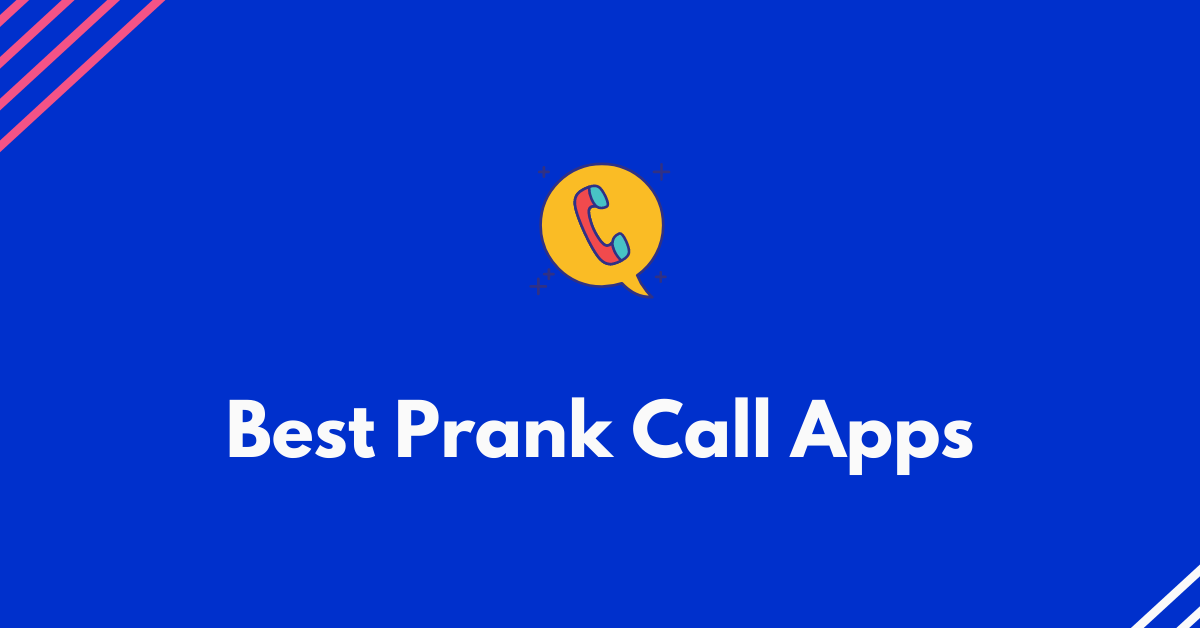 Prank calls were very popular a long time ago, using prank calls on friends, family or even yourself would make you happy. But now, only a few people remain who make use of this medium of fun. Even then, they are worth tryout out if you are a new person.

Here we have listed the best prank call apps, some of these apps work by spoofing your own number and the other apps work in a way that you can listen to or prank other online peoples. Let’s begin…

Fake Calls is an app developed by AppX Apps which is a great option if you are looking for prank call apps. As per the name of this app, you can prank your friends by showing them fake calls from any celebrity of your choice. You also get a voice recording option in this prank fake call app. As a result, you can play the voice call for your friends later on if needed. And the best thing about the Fake Calls app is that it is completely free to use.

Prank Call Wars is another great option out there if you are looking for prank call apps. One of the most unique features found in this app is that it offers voice recognition. As a result, everyone else thinks that you are talking to a real person while using the Prank Call Wars app. There are various fake call scenarios in this app that you can easily choose. And once you choose a specific scenario, you will get a fake call based on that subject. While this app is free to use, it limits its usage by the number of times you can start a fake call. And you have to pay to get rid of any such limits in the Prank Call Wars app.

Yellow Studio is a popular app developer which makes a lot of useful apps including one of the best prank call apps out there. The Fake Call & SMS app allows you to get fake calls as well as SMSes which you can tell by its name. This app can be a great option if you are using such fake call apps for the best time. It is quite easy to use when compared with other options present in this article. This is possible due to the fact that Fake Calls & SMS offers an easy to use user interface. It offers all of its features and options right on the home screen which is easy to access. As a result, Fake Call & SMS is one of the easiest to use apps out there if you want to get fake calls on your phone.

As per the name of this app, it is one of the most fun to use prank call apps out there. You can easily use this app to get fake call apps on your smartphone. And you can even record these fake calls and share them on social media apps like WhatsApp and Facebook without any issues. You get a lot of options in this app for easily starting a fake call. This includes various fun subjects that you can talk about while placing fake call apps. But the best part about this app is that it is completely free to use without any hidden charges. You do not even get any ads while using the JokesPhone app.

As per the name of this app, Fake-A-Call Free is one of the best options out there if you are looking for prank call apps that are free to use. And it is one of the only fake call apps out there that are supported on both Android as well as iOS. Due to this, you can easily use this app on any smartphone without any issues. The user interface of this app is also quite simple and straight forward. It offers various browsing options and features to the user which can be quite useful while making fake prank calls. You can easily add the details of the fake call that you want to make on your smartphone. This includes things like the name of the caller, time of the incoming call, and other details as well.

Prankster is one of the best prank call apps out there if you just want to prank your friends and family using fake phone calls. It one of the most feature-rich fake call apps out there as it offers a lot of useful features and options. You can use all of these features and options to trick others into thinking that you are talking to an actual person. This app offers multiple voice options while placing fake calls which makes this app even more realistic. And you can easily choose any of these voices due to the simple and straight forward user interface of this app. Even if you are new to such fake call apps, you can easily use Prankster without any issues.

While most of the other prank call apps are mainly made for Android devices, Fake Call Plus is only available for iOS. And Fake Call Plus is one of the best options out there if you want to make fake calls from your Apple device. Since this app made just for iOS, it offers a very similar user interface as other iOS apps. You can use this user interface to easily browse through this app for making fake calls right on your smartphone. The best thing about the Fake Call Plus app is that you can distinguish its fake calls from the real phone calls that you receive on your phone. And the Fake Call Plus app offers all of this to its users for completely free.

Juasapp is another great option out there if you are looking for prank call apps that are available on both Android and iOS. And the best thing about the Juasapp app is that it is completely free to use on both of these platforms. There are no hidden charges since all of the features and options are already available to the user. You do not even get any ads while using this app which results in a great distraction-free experience for the user. Just like various other fake call apps out there, this one also offers multiple fake voices. You can choose either of these while making fake phone calls. This allows you to naturally speak while doing a fake phone call on your smartphone.

Ownage Pranks is among some of the best prank call apps available out there. When compared with other fake call apps out there, this one offers a lot of features and options. And all of these features can be quite useful for easily making fake calls on your smartphone. A great thing about this fake call app is that it is available for both Android as well as iOS. This means that you can use this app without any issues no matter which smartphone you are using. To make this app even more user-friendly, it comes with a great user interface. It offers various options and features all of which are easily accessible due to the clean and simple design of this app. As a result, Ownage Pranks is one of the easiest to use fake call apps out there.

At the end of this article, we have Funny Call which is another great option out there if you are looking for prank call apps. You get a voice changer feature in this app for recording funny fake calls on your smartphone. It offers a wide range of voice effects that you can easily choose. The user interface of this app makes it quite easy to browse. It can be used for choosing these effects and placing fake phone calls. You can even change these effects during a phone call without any issues. But the best part about the Funny Call: Phone Prank Calls app is that it is free to use. As a result, you can enjoy all of its features without paying for it. Unfortunately, this app is made only for iOS and is not available for Android devices yet.

These were the best prank call apps that we could find. In case, we missed any good one let us know. We also hope that you liked our list and found a prank call app to have fun with.

If you liked the article, please share it with your friends and family. Every share counts and it helps in our growth so we can bring more articles for you. Thanks…